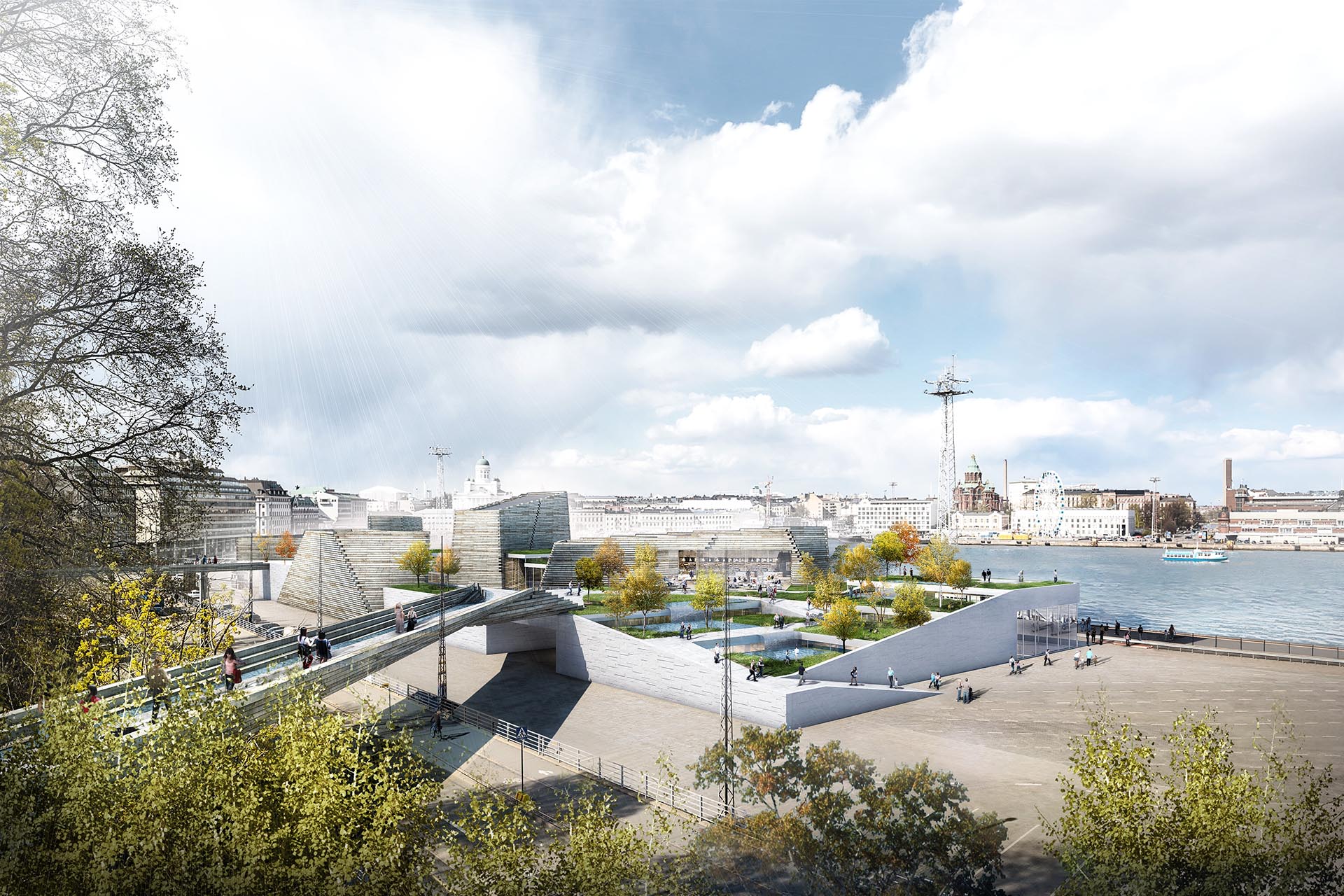 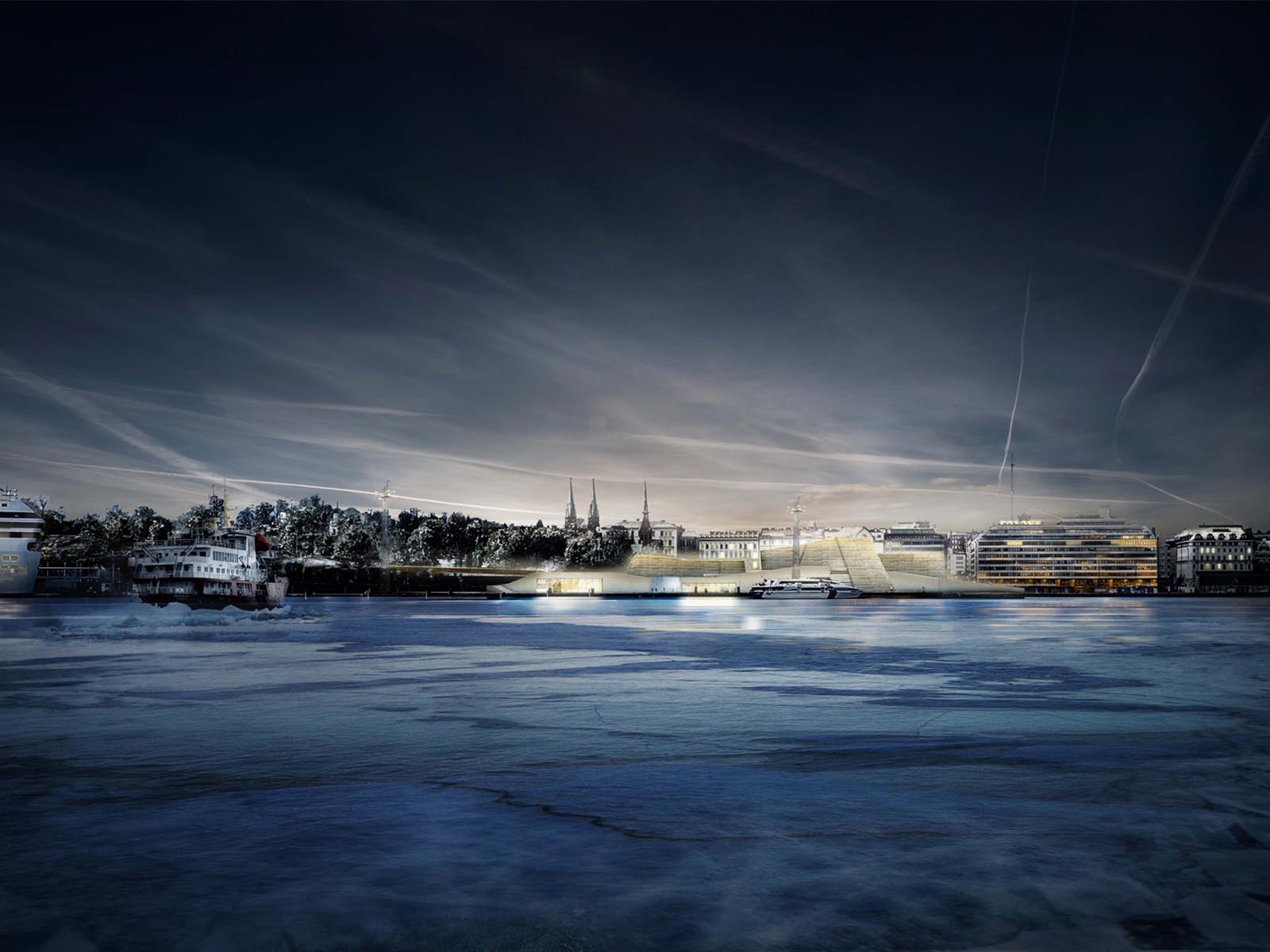 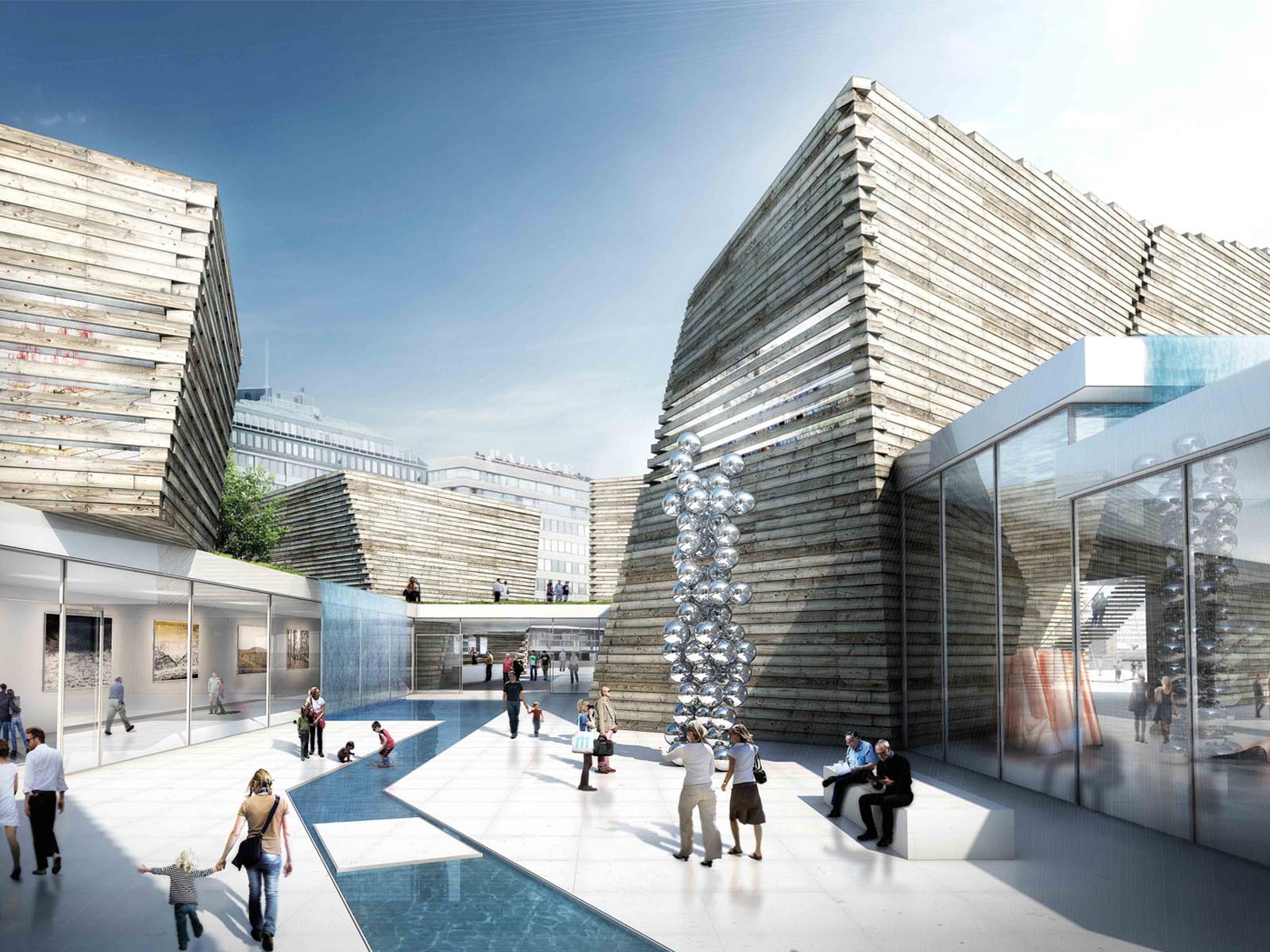 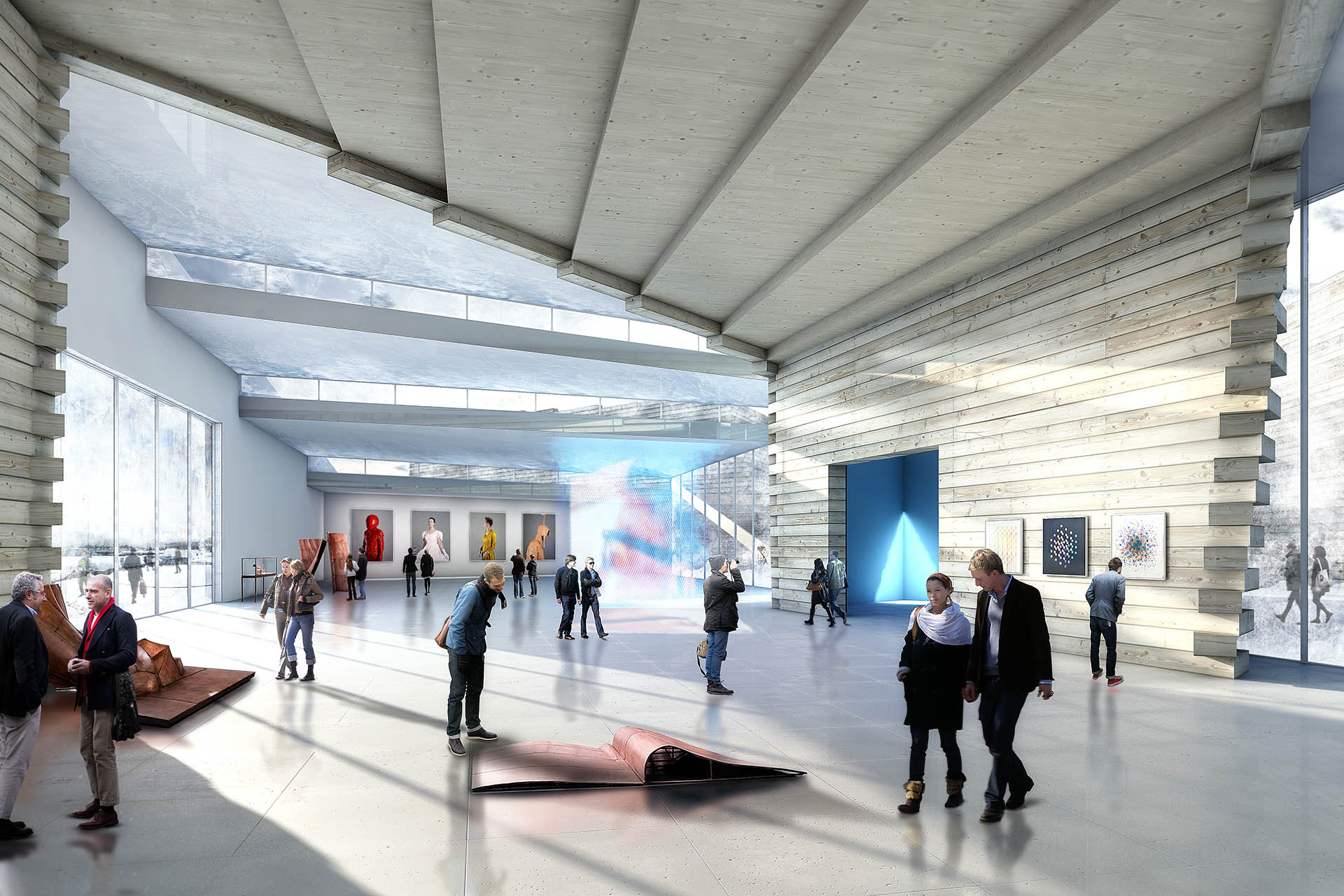 The design for the Guggenheim in Helsinki is the fusion of its direct surroundings: City + Park + Sea. The museum’s program is laid-out like a neighboring Kaatinkaupunkki city block. The Tähtitornin Vuori Park is extended over this block in a slope that connects it to the plaza and port terminal below. Seawater is circulated through the building to regulate the museum’s temperature year round. This water is later released in shallow streams that run down the park landscape, reflecting daylight into the galleries while creating dynamic and interactive urban playgrounds. In winter and at night, the ambient light of the cities night-sky will continue to be reflected inside by ever changing ice-scape or flowing water. Like the islands of the Finnish archipelago, the spaces that form the Guggenheim museum are marked by the flow of land, water, and ice.