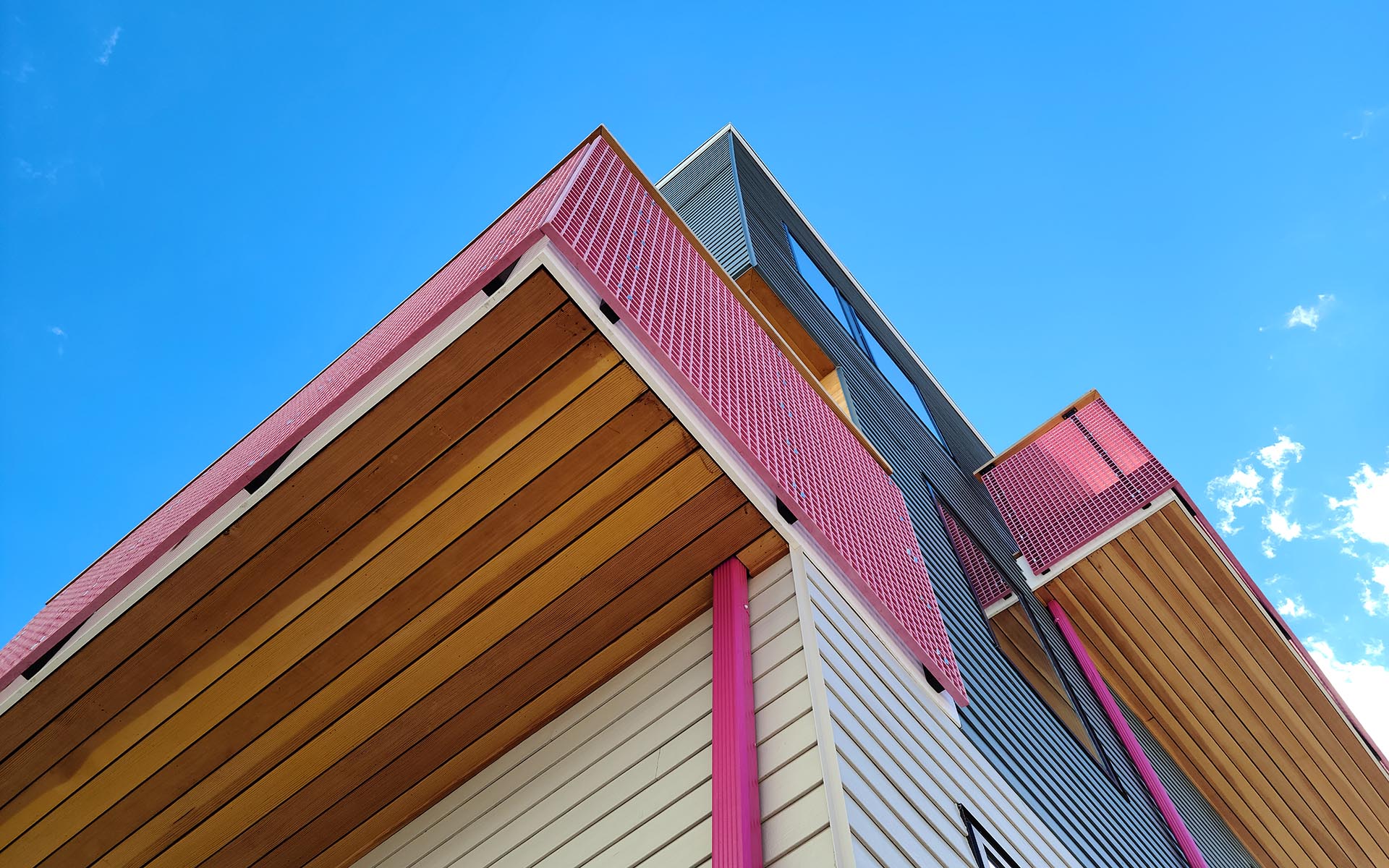 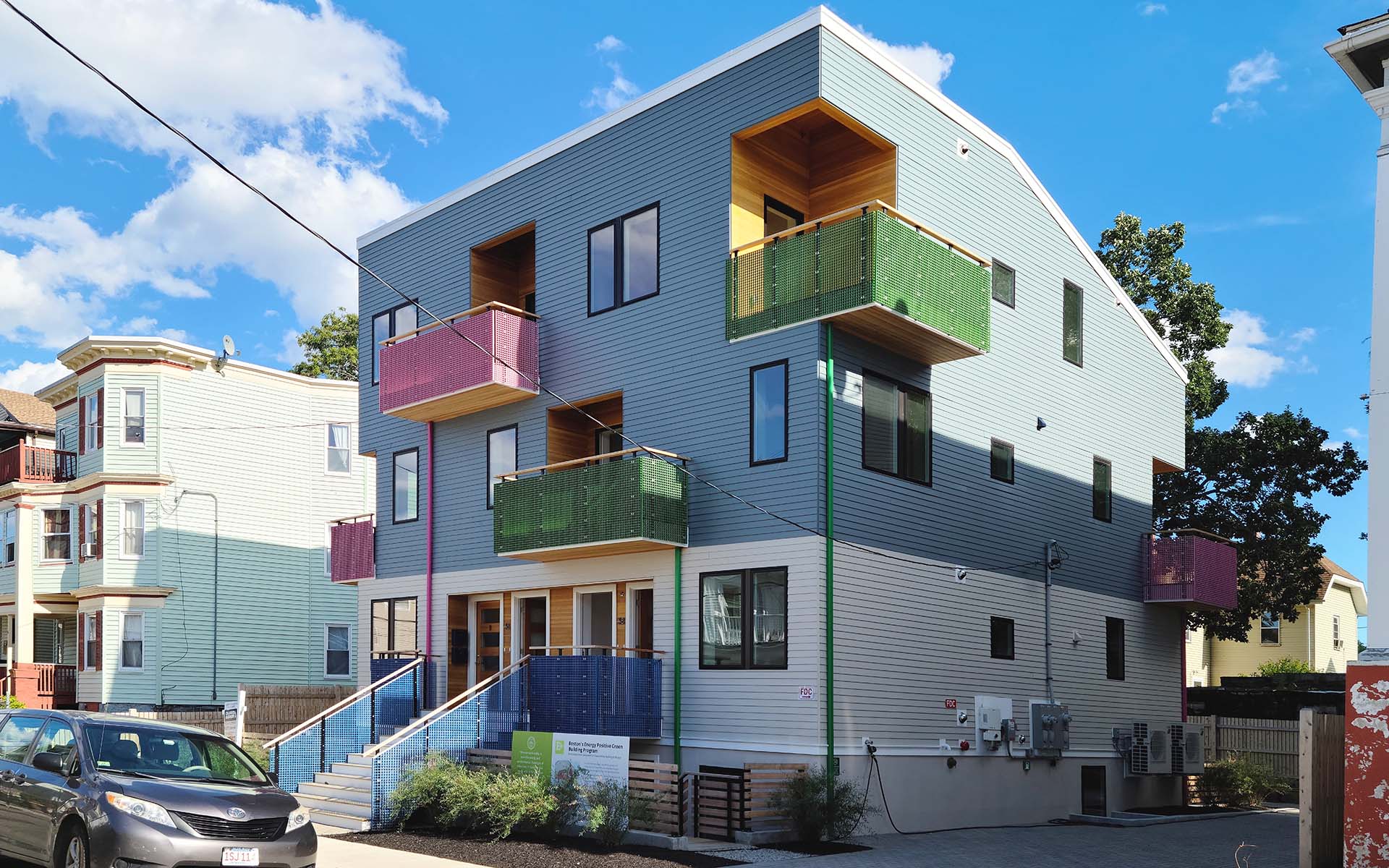 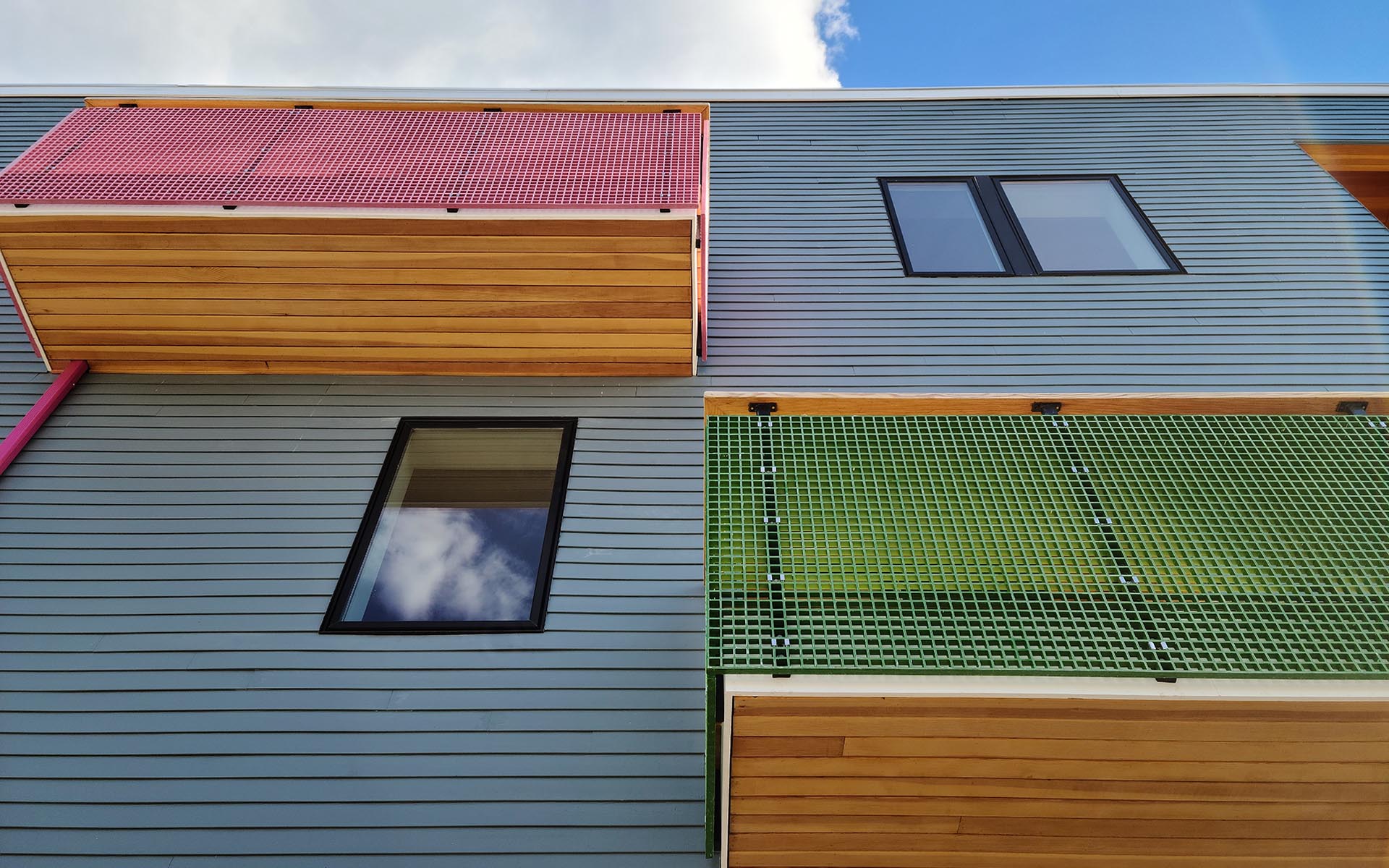 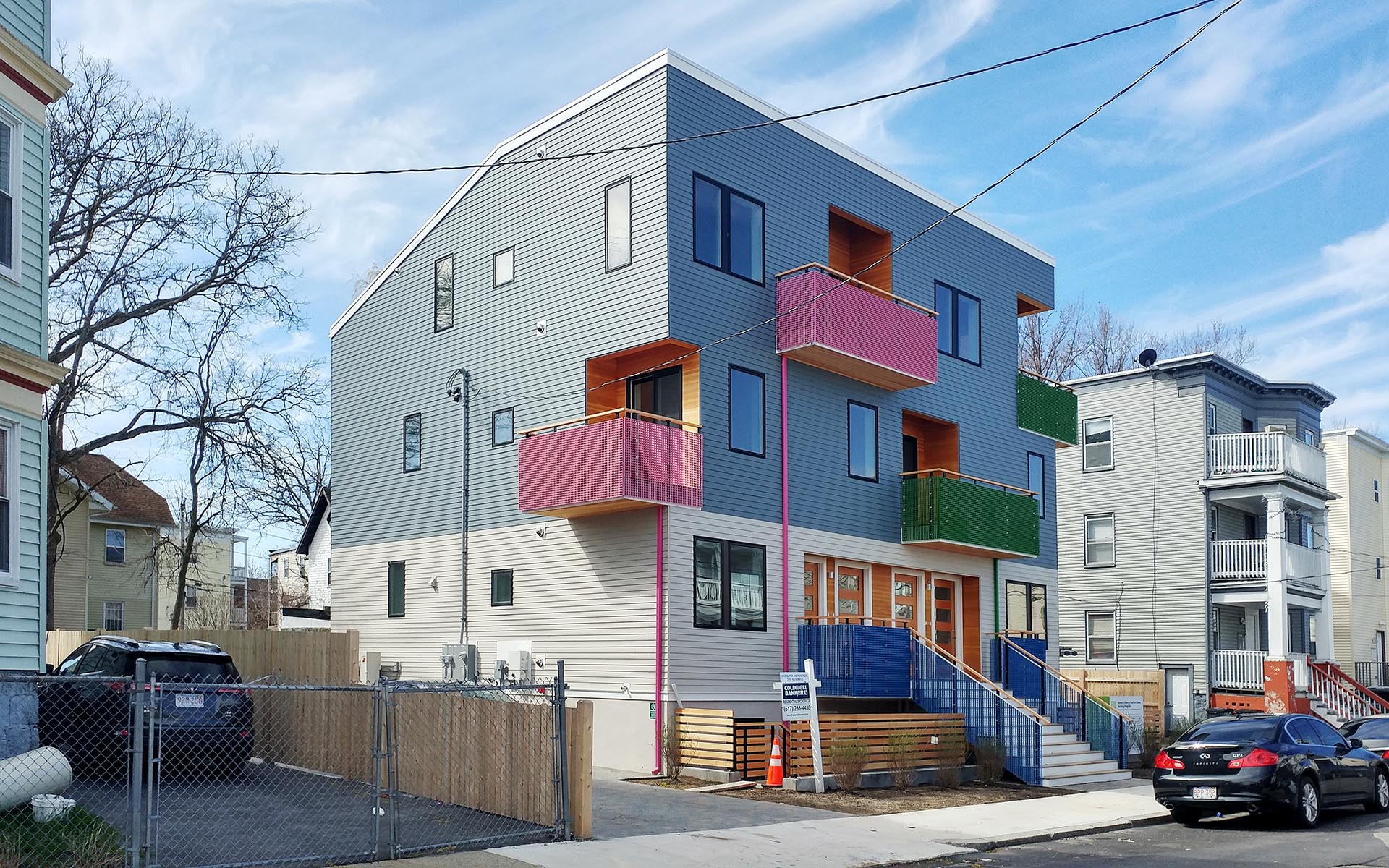 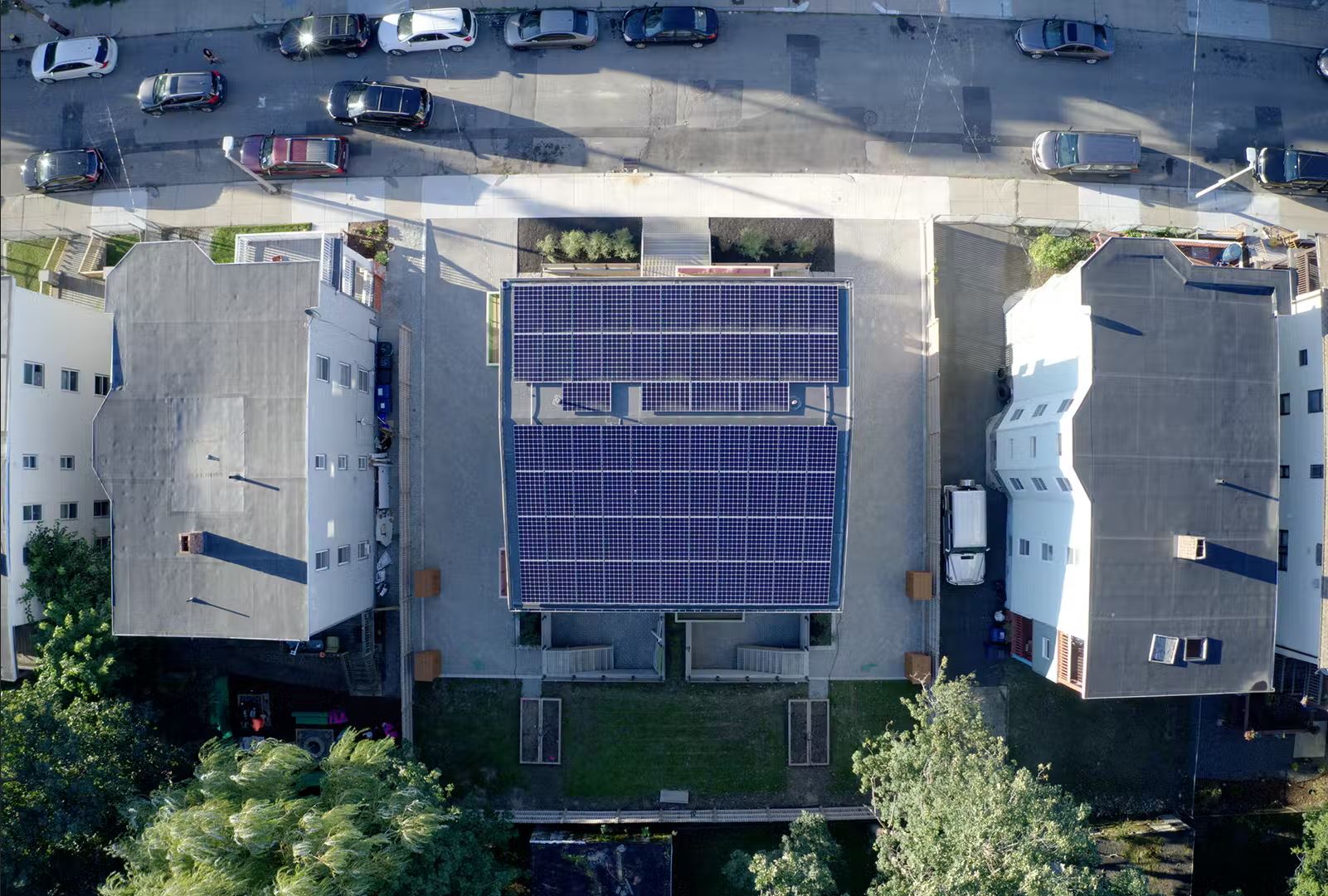 For the design of E+ Green Program we developed a prototypical project that solves the local issues of the Colonial Avenue site and, at the same time, could also be a template for future two family wood-frame infill development in neighborhoods throughout the city. To fulfil the core charge of the E+ competition, we needed to devise a well-balanced concept that would maximize density, offer a simple open floor plan adaptable to both lots, be economical to build and produce more energy than it consumes. The two-family prototype falls under the one- and two-family code, which enables greater economy than triple-deckers and multi-family housing. Density can be achieved by aggregation in townhouse and rowhouse arrangements with an appearance of much lesser density. Perhaps most importantly of all, there is an opportunity for a wide range of developers/contractors to be able to replicate this model. We have done this by stacking two duplex units, creating a total of four units ranging from 1200-1450sqft. The lower units each have three bedrooms with two and a half baths. The double high living room, extends onto the outside south facing garden terrace. The upper units have two bedrooms and two baths with an open plan living/ dining level including a large south facing private roof terrace. All units have balconies or a shared porch to provide a connection with the Colonial Street to the north. This combination of private, semi-private, and public spaces allows for interaction between neighbors while providing a comfortable feeling at home.